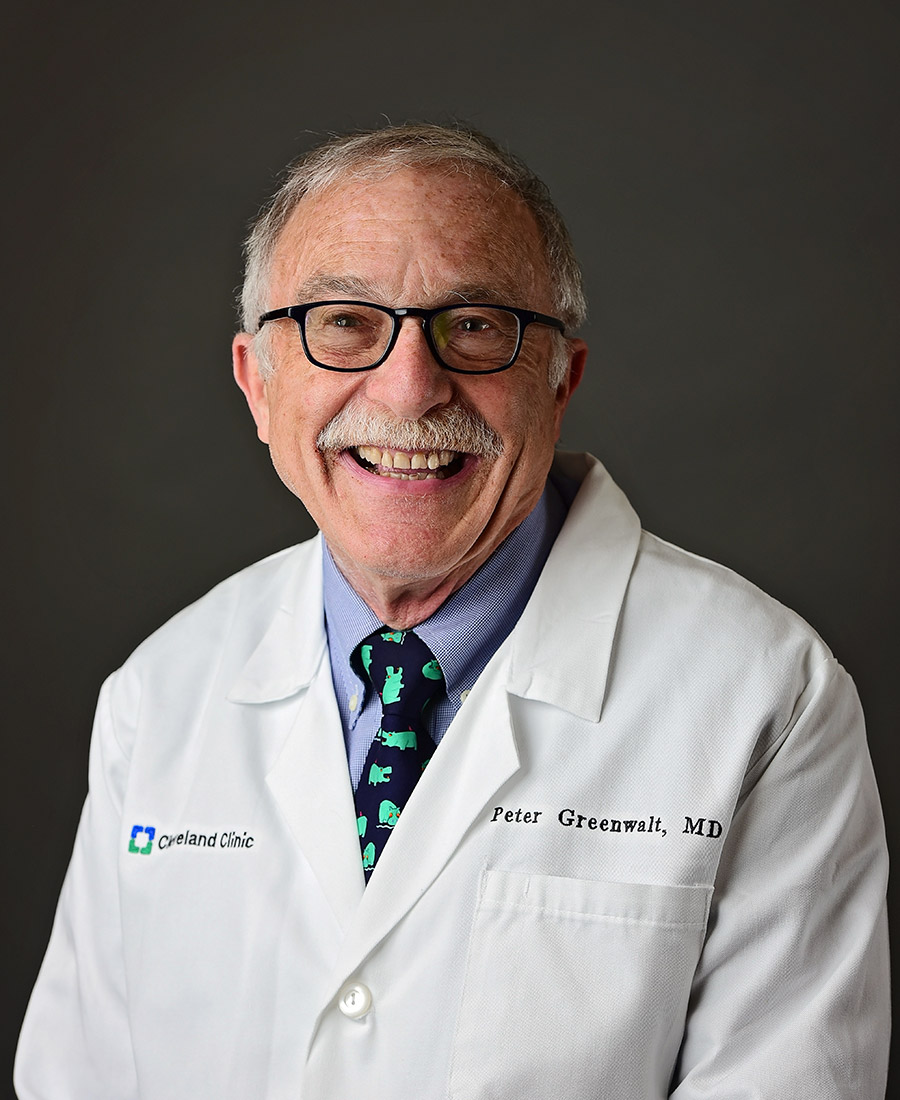 Born in New York City and raised in Michigan, Dr. Greenwalt attended Yale University with a degree in Biochemistry. He later attended Case Western Reserve Medical School. His internship and residency were at the University of Washington Hospitals in Seattle. He did his fellowship in Gastroenterology at the Cleveland Clinic.  Later in his career, he was the Chief of the Department of Gastroenterology at MetroHealth Medical Center and Lutheran Hospital.  In 1991, he founded North Shore Gastroenterology in Westlake, Ohio. After a year’s sabbatical in 2016 he joined Gastroenterology Associates of Cleveland in the fall of 2017.

In his spare time, he likes to travel and hike in the Pacific Northwest.